5 myths about entrepreneurship (part 2 of 3)

Slide 7: Myth #1 - I Will Have Flexible Time
For the first 5 years of OffGamers, I don't remember taking any vacation and all partners worked through most of the public holidays.  My phone is next to me when I go to bed, as OffGamers is an online store running 24/7.  Good thing about online store is that we have orders and sales coming in even when we are sleeping, bad thing is that there are also complaints and issues coming in 24/7.

It took us about 7 years and 120 pax later, to be able to work 9 to 5, and have annual leaves like other employees.

“Entrepreneurship is working hard for 40 hours per week so that you can save enough to start a business and work 60 hours per week.”  I can't seem to find the author of the quote. 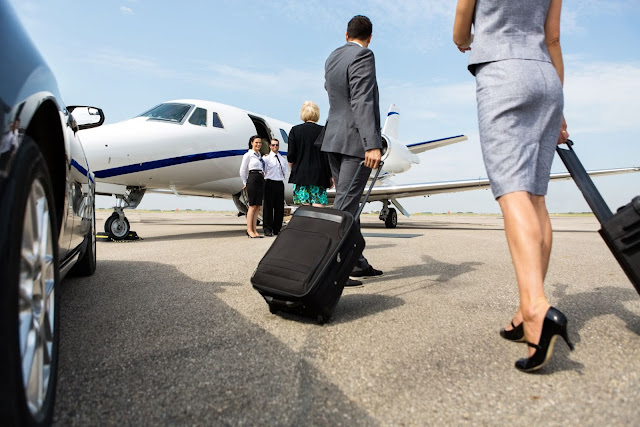 Slide 8: Myth #2 - I Will be Super Rich
I am still getting less pay than my first job as a programmer in USA.  Most business owners pay themselves very low as most profit are put back into growing their business.  Grabcar and Uber drivers make more money than me.

OffGamers makes 30 million revenue a year but my wife and I are still counting the number of nights that we can afford to eat out.

Entrepreneurs don't usually get super rich until they sell their companies.  Building a company that is sell-able is another topic altogether.


Slide 9: Myth #3 - I Just Need to Hire Someone To Do The Jobs that I Don’t Like
I was a programmer, indeed a very good programmer.  I can sit in front of a computer whole day.  I am not really a people person.  When I was in university, I always think that if I do start a business, I will be the behind-the-scene parter and get another partner to be the CEO or the front facing one.

Just like in Gapture, when I first started it, I thought that I could hire a sales manager to take care of the sales, as I don't like to sell.  However, that didn't work.  Sales target was not being hit and eventually I decided to jump in and start doing sales.

The worst task that I have done was actually picking up rotten rat from the staircase.  Why do I want to do that as you may ask.  I did that because there were only 2~3 of us and no one has the title or job description that says "pick up the rotten rat" so by default I am the one doing it.

"Getting comfortable with being uncomfortable" as previous speaker, Victor Phang from iTalent Management, pointed out, is how I overcame my public speaking fear.

Another point about hiring is that many entrepreneurs think that they can just pay a salary and hire whoever they want.

Some of the best-hires I have recruited took 1 to 2 years "courting process" and most of the time salary is not the main issue.  Entrepreneurs should ask themselves, "why do someone want to be led by me?"

At the end, I really wonder who is the BOSS.


Slide 11: Myth #5 - There is a Destination Called SUCCESS
You may have heard this a lot, "It is easy for him because he has made it.  He has made his first pot of gold."

I don't believe there is a destination called success and everything is smooth sailing after that.  Entrepreneurship is a journey with up's and down's, successes and failures along the way.

After closing a big deal, I could be on top of the world, thinking that I can achieve anything I set my mind to.  Moments later, a key personnel would tell me that he or she is resigning, and I will be at the bottom of the valley, thinking what is the problem with me or the company that we can't retain talents and when would this cycle end.

Entrepreneurship is the biggest roller coaster ride ever.

By Anonymous September 20, 2015
First of all, let me disclose that I have attended the training, I did my AsiaWorks Basic training back in 2012, then Advanced and Leadership Program (LP) in 2014.  All these three trainings were conducted under Asiaworks Training Sdn Bhd in Malaysia.  The reason I'm writing about this is because when I did a Google search on "AsiaWorks review", almost all results point to negative reviews.  Best yet, some of these reviews are from hearsay of the writer's friends, family members, colleagues, etc.  I will bring you through my journey based on my first-person experience. Photo is for illustration purpose only, not a real photo of the training.  Photo credit: Luis Quintero Cult and Secrecy Imagine someone told you Bruce Willis is dead before you even watched the movie "Sixth Sense" (sorry to those who have not watched "Sixth Sense").  This is the main reason why they want to keep the content of the course so secretive.  The course is designe
2 comments
Read more >

Malaysian woman searching for her son separated at birth

By Anonymous May 26, 2014
If you are a Malaysian male (of Chinese/Malay ethnicity) and were born on October 28, 1977 (plus minus a week), please read on. You may have been told by your parents that you were adopted at birth, or you may doubt that you were adopted, or you may even have started looking for your birth parents with no avail. Photo credit: Luciana Ferraz I have just got to know that a friend's mom has a son who she has given away at birth.  She was then a 19-year-old young lady and she wasn't sure what to do with the unexpected pregnancy.  She insisted on not aborting the baby and followed her mom's advice to give the baby away when the baby was delivered in a clinic in Petaling Jaya, Malaysia.  She didn't get to see the baby at all and the only information she had was that the couple who adopted the baby are Malaysians (of Chinese ethnicity) in their 40's back then.  Her mom has passed on now and she has limited information on where to look for her son. She is a gra
Post a Comment
Read more >

By Anonymous May 19, 2012
In my digital marketing company, we outsource a lot of the tasks in the office.  The following considerations are weighed before we decide outsourcing or hiring: Is this role a core competency of our business? If the answer is yes, we will hire if we have enough jobs to keep him/her busy.  If we don't have enough jobs yet, we will outsource until we can get enough jobs to hire one full-time. Photo credit: rawpixel.com Is there a career path and environment for this role to grow in our company? We would like all our team members to grow professionally and personally.  We may have enough jobs for a particular role to be more cost effective hiring in-house, but if we know that we can't provide the right environment for this person to grow, we will outsource the jobs. We outsource our accounting, payroll, systems administration and office boy (despatch) jobs.  There is pretty much no career path for an accountant, a systems administrator and an office boy in our c
3 comments
Read more >