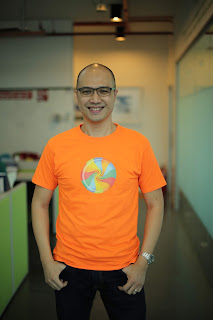 Stanley Chee is a serial entrepreneur.  He has recently co-founded a new tech startup called SalesCandy® - an action-based lead management system that instantly route leads to salespeople.  He was the CEO and co-founder of Gapture® Malaysia, a digital marketing agency in Malaysia specialized in leads generation for property developer and education clients.

He was also one of the three co-founders of OffGamers® back in 2002.  OffGamers has now grown to a size of over 100 employees, serving more than half a million online and mobile gamers worldwide.

Before his serial entrepreneurship journey, Stanley was professionally trained as a Computer Systems Engineer in Arizona State University (USA).  He is currently a member of Mensa Society, with an IQ of 164, and an active member of EO (Entrepreneurs' Organization) Malaysia.  In his free time, Stanley trains for triathlon races, invest in properties and trade stocks and options in US market. He likes to travel with his wife and he is an amateur photographer.  Stanley Chee casually writes on his personal blog and aspires to publish a book.

He is one of the few certified Google Regional Trainers in Southeast Asia, conducting AdWords classes for Google.  He is also a public speaker on digital marketing and entrepreneurship.  He has recently spoken about the future of digital marketing in TEDxISKL, sharing the stage with renowned speakers like Marina Mahathir and JinnyBoy. He was awarded "Most Influential Digital Marketing Leaders 2016" by World Brand Congress.

Asia Pacific University (2017) - Stanley gave a talk to an audience of over 200 engineering, IT and MBA students on entrepreneurship, titled "7 Things I Learnt In MY Entrepreneur Journey".

TEDxISKL (2016) - Stanley spoke to an audience of 150 people about "The Not-So-Distant Future of Digital Marketing".  He shared the stage with other renowned speakers, including Marina Mahathir and JinnyBoy.  YouTube video of the digital marketing talk.

ICMS (2014) - Stanley was invited to speak to The International Council of Malaysian Scholars and Associates.  He shared his entrepreneur journey and what he learned about networking.

MaGIC (2014) - Stanley gave a talk on "Google AdWords" to a crowd of 200 people before the first #MyCyberSale event in Malaysia.

G.E.T Seminar (2014) - Stanley was invited to talk about "Google AdWords" in multiple seminars organized by P1-Rakuten.

Founders Institute (2014) - Stanley shared his entrepreneur journey and "Five Myths about Entrepreneurship" to a group of 30 young entrepreneurs.

By Anonymous
First of all, let me disclose that I have attended the training, I did my AsiaWorks Basic training back in 2012, then Advanced and Leadership Program (LP) in 2014.  All these three trainings were conducted under Asiaworks Training Sdn Bhd in Malaysia.  The reason I'm writing about this is because when I did a Google search on "AsiaWorks review", almost all results point to negative reviews.  Best yet, some of these reviews are from hearsay of the writer's friends, family members, colleagues, etc.  I will bring you through my journey based on my first-person experience.


Cult and Secrecy
Imagine someone told you Bruce Willis is dead before you even watched the movie "Sixth Sense" (sorry to those who have not watched "Sixth Sense").  This is the main reason why they want to keep the content of the course so secretive.  The course is designed to let you have a closer look at how you operate in your life via exercises.  If you know the exercise in adva…
2 comments
Read more >

Malaysian woman searching for her son separated at birth

By Anonymous
If you are a Malaysian male (of Chinese/Malay ethnicity) and were born on October 28, 1977 (plus minus a week), please read on.

I have just got to know that a friend's mom has a son who she has given away at birth.  She was then a 19-year-old young lady and she wasn't sure what to do with the unexpected pregnancy.  She insisted on not aborting the baby and followed her mom's advice to give the baby away when the baby was delivered in a clinic in Petaling Jaya, Malaysia.  She didn't get to see the baby at all and the only information she had was that the couple who adopted the baby are Malaysians (of Chinese ethnicity) in their 40's back then.  Her mom has passed on now and she has limited information on where to look for her son.

5 words to avoid in your life

By Anonymous
This is one of my favourite quotes:

Words are good reflections of your thoughts.  In order to watch your thoughts, observe the words that came out of your mouth.  Here are some words to avoid or at least to be aware of when you are using them, especially when you use it regularly.

As Yoda said, "Try not.  Do, or do not."  Make up your mind on whether you want to do it or not.  If you want to, then do it.  If you don't want to, then don't do it, don't try to do it.  Telling others that you will try leaves such a big backdoor for you not to do it.  It is also a way for you to lurk in the grey zone.  For example, if you were asked whether you will be going to an event, "I will try to be there" basically mean,…
Post a Comment
Read more >